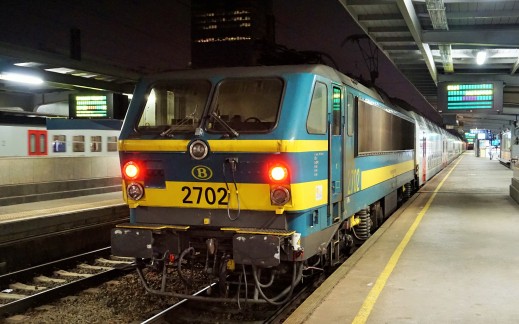 27th April 1991 saw a world record set which has yet to be broken – the longest passenger train to be hauled by a single loco – the machine in question was Belgian class 27 electric no.2711, and its load was a whopping 70 carriages, from Gent to Oostende.  The above is a link to a YouTube video of the feat from user Hugo Willems.