Ex-DB class 218 no.218387 will be working special trains in connection with a special event near Frankfurt over two days at Whitsun.

In connection with a special event at Königstein for Pfingsten (Whitsun), two shuttle trains will operate along the 9-mile branch line between there and Frankfurt-Höchst on Sunday 4th and Monday 5th June 2017 – one with steam haulage and one with diesel.

Built by Henschel in 1975, 218387 was allocated to Kaiserslautern and Regensburg depots for the majority of its life, before it passed to the Kurhessenbahn (a DB Regio subsidiary) in 2008.  This being an entirely DMU-worked operation, its appearances on passenger trains in the last decade have been restricted to special events and sporadic hires to other depots.

These have included a stint in early 2011 where 218387 (by now painted in the “heritage” livery of DB altrot) and a rake of stock substituted for DMUs on certain services between Marburg (Lahn), Bad Laasphe and Erndtebrück; a short spell at Niebüll later that year where it was used on Marschbahn Intercity workings and at least one to Fehmarn Burg; and a couple of months in 2013 when it joined Kempten’s 218 fleet, working regional services in Bayern.

Its last known passenger workings were in September 2015 at the “Kurhessenbahnfest” event – since then, ownership has passed to the Brohltalbahn, but it is being hired back by its former operators.  Obviously time will tell what the future holds for it.

218387 is planned to work the following shuttles on both days:-

The timings for the steam shuttle are as follows:-

Special tickets are required for travel on the service and are available to buy on the train; €15 for a round trip, and a number of single-ticket options are also available.

It will be possible to change trains at the quite brief connections at the “crossing point” of Kelkheim, should you so desire.  The “timetabled” unit-worked local trains will also continue to run up and down the branch; these being extras inserted into the timetable.

In addition, Königstein will see an exhibition from 10:00 to 17:00 each day, including a number of items of rolling stock on static display, and the all-important beer garden!  Cab rides will also be provided on an (as yet unspecified) diesel loco.

What can I combine it with?

Monday 5th June also sees another low-price, short-distance heritage traction working in the general area.  Ex-ÖBB class 1020 electric, 1020.010 (as DRG E94.088), a “Krokodil” dating from 1943, is advertised to work three short circular tours from Ludwigsburg top and tail with a steam loco, departing at 10:20, 12:20 and 14:20 and taking roughly 90 minutes.  It would be easy to combine the first of these with the event at Königstein. 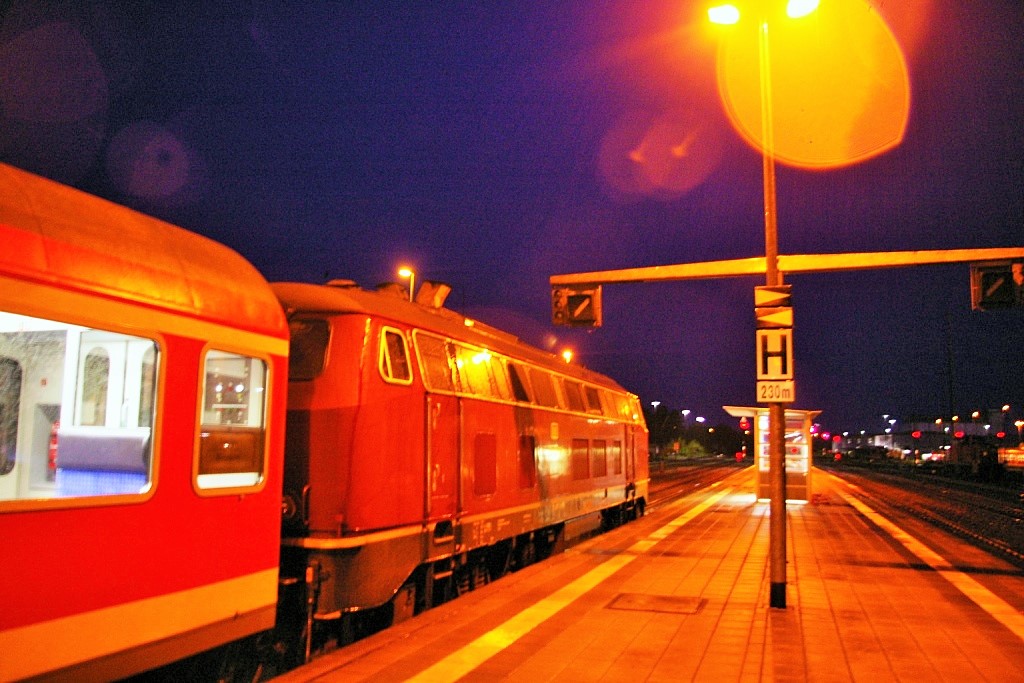