One enterprising business to have “repurposed” former railway rolling stock is “EsS Bahn”, which uses redundant former Berlin S-Bahn class 475 and class 477 vehicles – the name being a play on both S-Bahn and the German verb “essen”; to eat.  These are housed at airports and are used to sell sausages; in particular currywurst, sliced Bratwurst in a curry ketchup-based sauce.  Currywurst is said to have been invented in Berlin in the immediate post-war years, therefore both remaining Berlin airports have “EsS Bahn” booths.  The third that uses a former railway vehicle is at Stuttgart.

Here are some of my photos – of varying quality! – of the three vehicles concerned.  Just something for you to keep an eye out for next time you pass through any of these airports on your way in or out of Germany! 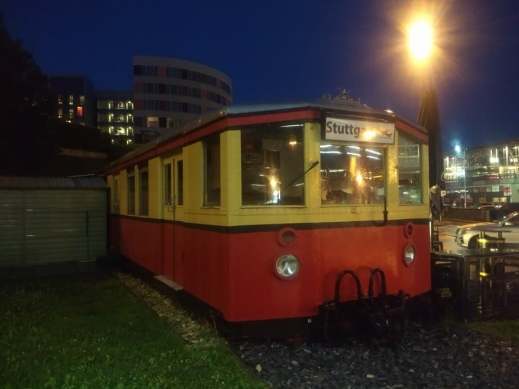 There are also “EsS Bahns” airside at two more airports – Köln/Bonn and Shanghai(!).  However, these use mock-ups and not genuine former S-Bahn vehicles.