The class 342 electrics in Slovenia are not the most popular locos, but are nevertheless now at their half-century so are worthy of some attention for their longevity alone.  Along with other electric locos used in Slovenia, they do help to tell us some history, too.

In my article on the class 361 electrics, I explained how political events of the first half of the 20th century led the railways of what became the north of Yugoslavia to be electrified on the Italian system of 3,000 V d.c., whereas JŽ policy from 1962 in the other republics was to pursue a standard system of 25 kV a.c.  The railways in the Socialist Republic of Slovenia, however, continued to be electrified on the system already in place, using a fleet of 17 Italian class E626 locos (which became the aforementioned JŽ class 361) ceded to Yugoslavia as reparations after the Second World War.

In 1962, the wires were extended from Postojna to Ljubljana, and the first class 362 locos were procured accordingly.  By 1965, the wires linked Ljubljana and Jesenice, at the Austrian frontier.  By 1968, they had continued south-east along the valley to Zidani Most, and from there by 1974 reached both the Austrian border at Maribor and the border between the Slovenian and Croatian republics at Dobova.

This continued expansion of Slovenia’s electric railway in the late 1960s and early 1970s necessitated a further purchase of new electric locomotives.  As with the 362s, the Italian parentage of the electrification system led JŽ to naturally look to Italy to build its locos – as only an associate member of Comecon, Yugoslavia was free from the shackles that prevented Hungary, for example, from buying traction from outside the Soviet sphere of influence where alternatives were available (see MÁV class M61).  40 four-axle machines, designated class 342 and numbered 342 001 to 342 040, were supplied by Ansaldo between 1968 and 1970.  The railwaymen nicknamed them “mopeds” on account of their Italian background and their perceived lack of “oomph”!

The railways in the Socialist Republic of Slovenia were electrified at the “Italian” system of 3,000 V d.c., but those in the rest of Yugoslavia, which did not have pre-existing wires and locos, were electrified at 25 kV a.c – save for the sections from Slovenia into Croatia firstly from Dobova to Zagreb (which by 1968 had already been re-electrified at 25 kV a.c., so no 342 could ever have worked along there) and secondly the steeply-graded route through Rijeka and then up to Zagreb that way – the preserve of the 362s and for which the 342s would have been wholly unsuitable.

As a result, the 342s all remained within Slovenia and all 40 locos passed to the newly-created Slovenske Železnice (SŽ).

The excellent “gen group” European Rail Gen contains a set of passenger diagrams in its files section – showing that seven are required on weekdays and five at weekends to run the service.  This is clearly a tall order for a fleet of just eight quite elderly locos, and substitution by class 363 or on-the-day operating amendments are common.  Do make use of these diagrams, as that’s what they’re there for – but given the above, please treat them in the spirit they are intended.  Most importantly, if you benefit from them, please post your sightings back to ERG for everyone’s benefit!

Sale of 14 locos to Italy

In the early years of the 21st century, some of the 342s that had been deemed surplus to requirements by the influx of new EMUs found gainful use elsewhere.

14 machines were sold to Italian freight operators who were looking for cheap 3,000 V d.c. electric locomotives to take advantage of the liberalised railway post-directive 91/440.  These were considered ideal for the task as their Italian parentage meant that they were not a million miles away from the existing knowledge of the Italian railwayman (not to mention the availability of certain common parts).  14 locos crossed the border – 8 for Ferrovie Nord Milano and 6 for Ferrovie Emilia Romagna – and they were rechristened class E640. 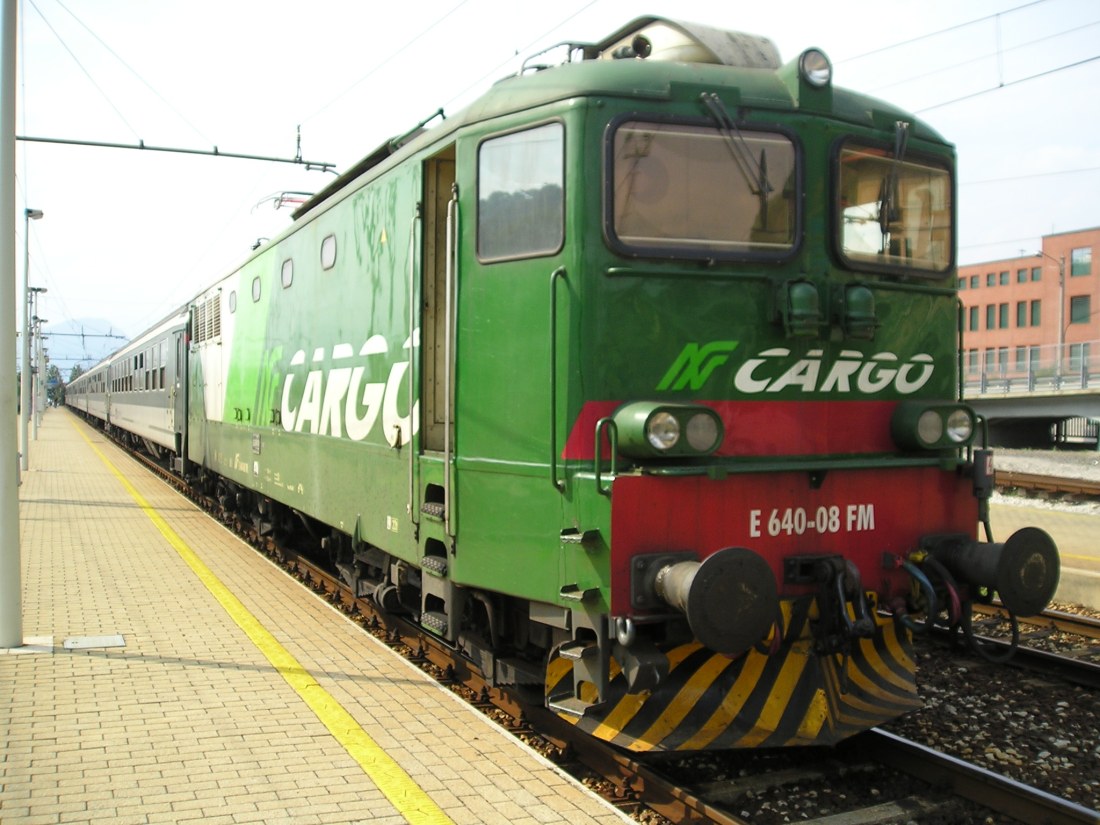 The FNM locos were used for both freight and passenger trains – the former until brand new multi-voltage border-crossing TRAXX machines arrived, and the latter (along with hired-in SBB coaches – see my photo above) awaiting the arrival of brand new EMUs.  Their replacements were in traffic by 2010 and the E640s were then stood down.  They have since been up for sale, but do not seem to have attracted any serious interest.

The FER locos have seen less use, entirely on freight traffic, and are also now out of use at Sermide (photo here dated July 2018).  Most recently they were hired to Oceanogate for use on container traffic from the port of La Spezia, and were seen across most of northern Italy.

Details of the 14 locos that went to Italy can be seen in the table below:-