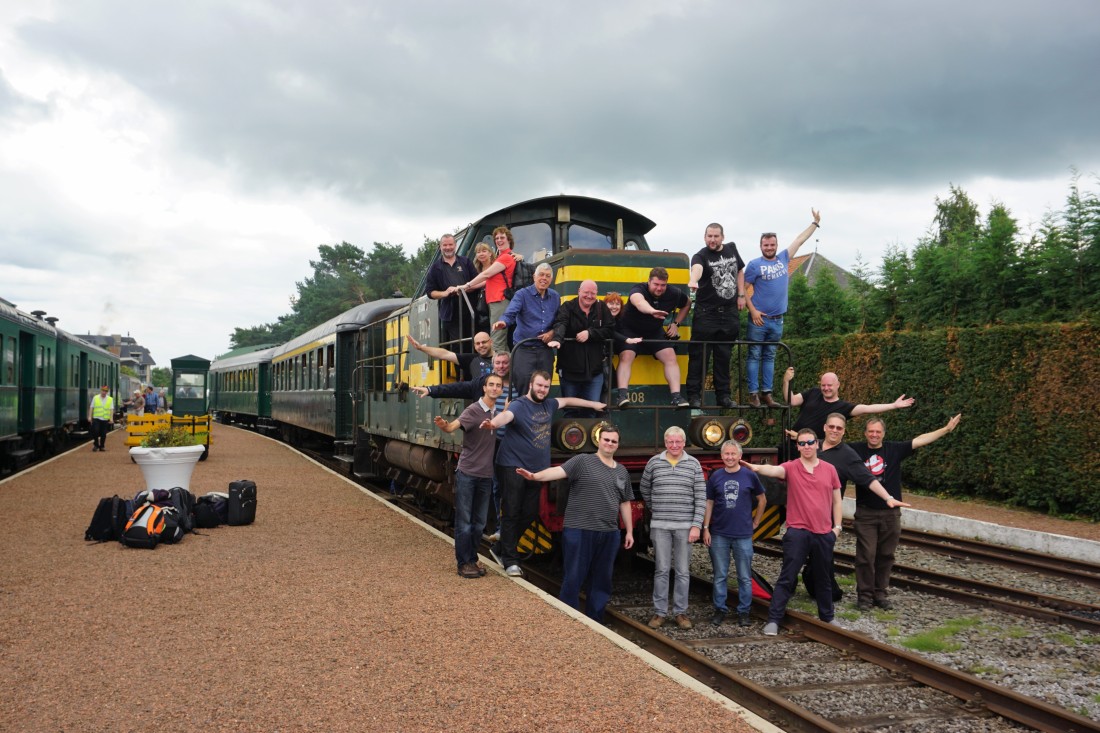 23 British enthusiasts turned out to ride behind the diesels of Stoomcentrum Maldegem – unfortunately, not all of them are in this picture as some had already gone for a ride behind the steam loco (JW)

The first European heritage diesel haulage opportunity which I organised was on Sunday 13th August 2017, at the Stoomcentrum Maldegem in the Oost-Vlaanderen area of Belgium.

Organised to coincide with the Festival at the Chemin de Fer du Bocq in the south of the country, this was a relaxed affair that allowed participants the opportunity to have travelled behind an impressive total of 9 different classes of diesel loco in Belgium over the two days (with footplate rides available on a 10th).

The railway was accommodating enough to agree to replace the booked diesel railcar with their class 74 and class 80 diesel locomotives sandwiching two carriages on the first round trip of the day.  The 11:30 departure time meant that it was possible to easily reach Maldegem via public transport from all over Belgium (regardless of where the previous day’s Bocq attendees spent the night), and also gave ample opportunity to get home to the UK before the end of the day.

In addition, the railway was using Avonside-built 0-4-0ST steam loco “Fred” (formerly of Buxton Quarry) on the booked steam diagram, along with a Hanomag 0-4-0WT on the 600mm narrow gauge line.

23 British enthusiasts visited Maldegem purely because of the use of the diesel locomotives, which meant that €276 extra reached their farebox – supplemented by sales of souvenirs, and not least the beers and refreshments that the railway had kindly laid on for us on board the train!

The railway has a third ex-SNCB diesel locomotive – diminutive General Motors-powered “locotractor”, no.9131.  This cannot haul passenger trains, on account of having no train brakes.  However, our new friends at the railway were kind enough to have placed it near the station for photographs, and then provided it for footplate rides upon our return from Eeklo.  9131 took interested participants up to the carriage shed, and we were treated to a brief guided tour of the rolling stock that we would not otherwise have seen.  One of these was the now-unique Flanders-built standard gauge steam loco, 0-6-0 no.41.195, built in Tienen in 1910 to a distinctly Scottish-flavoured McIntosh design – which the railway is trying to raise funds to one day restore.  This will form the basis of a future article on this website – although the main focus of this site is heritage diesels and electrics, I would dearly love to see this important locomotive one day run again.

As a token of our appreciation of the railway “going the extra mile” for us and using the class 91, we conducted a whip-round and were able to present them with an extra €100 before we left. 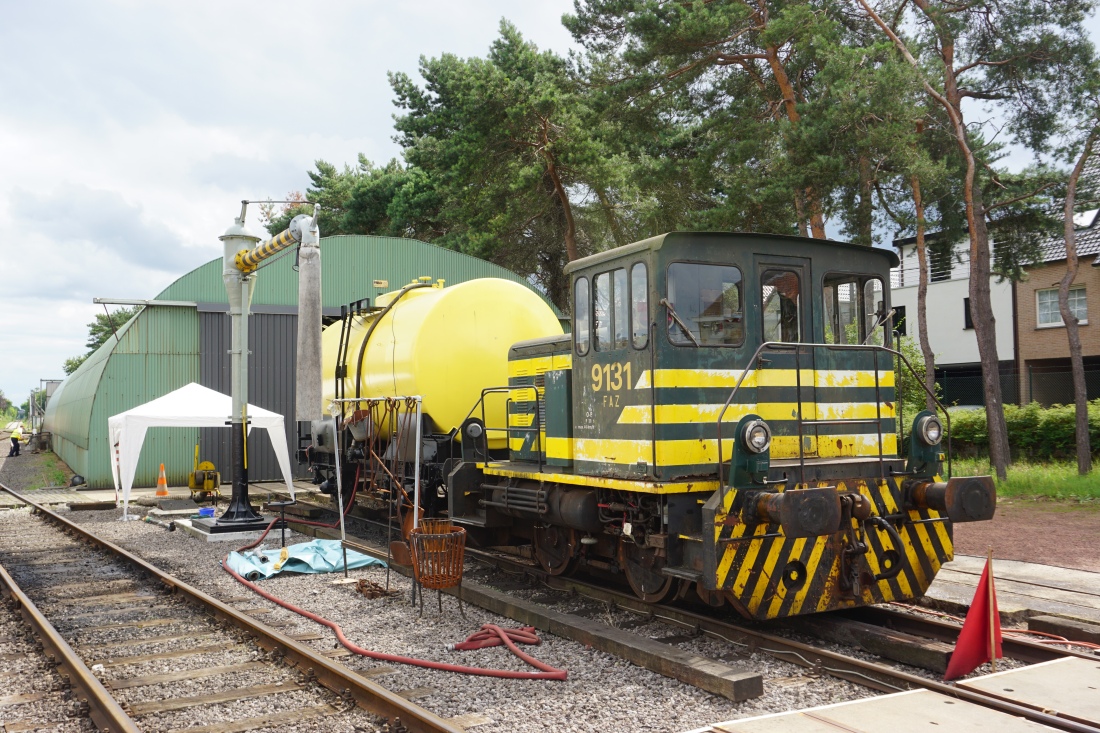 All in all, our brief visit to the railway led to them receiving at least €400 extra cash on the day, for what I hope was relatively little (but all very much appreciated) extra effort on their part.  The opportunity to travel behind diesel locomotives – no matter how “ordinary” – is something that British enthusiasts will certainly support and, importantly, pay for.

Every single person went away extremely happy, impressed and appreciative of the SCM, its people and rolling stock.  Many of us are already making plans to attend their steam festival in 2018, which is held in early May, and I would certainly encourage you to make a trip there as part of a visit to Belgium.

My sincere thanks to Koen, Rik and Jan at Stoomcentrum Maldegem for their assistance in providing us with a truly fantastic day out, and to those of you who supported it.