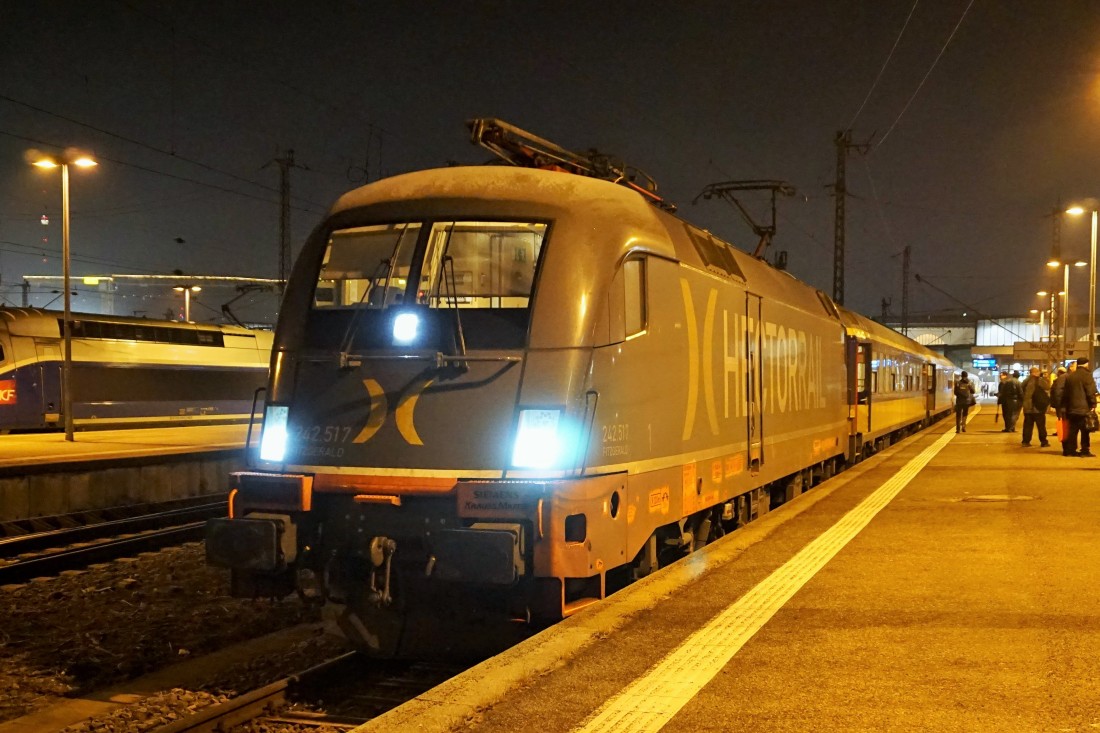 Today, Thursday 24th August 2017 has seen the recommencement of an interesting loco-hauled service in Germany, which has not run since May.

The instigation of the “Locomore” open-access service from Stuttgart to Berlin and return in December 2016 was especially noteworthy as it was crowdfunded; the first railway operation of this type.

From its introduction on 14th December 2016, the service was notable for being frequently reported as being fantastic from a customer service perspective, but also being quite poorly loaded, although this was improving as the service became better-known.

Unfortunately, in May 2017, Locomore GmbH & Co. KG filed for insolvency and the operation ceased, with the locos going back to Hector Rail and the stock heading for store at Neustrelitz works.

Happily, LEO Express (the Czech open-access operator known for running Stadler FLIRT EMUs mainly between Praha and Bohumín) has acquired the operation, and as of today, the service has restarted – using the same paths, locos and carriages.  The loco on LOC1819 from Berlin to Stuttgart today was, again, 182 517!

Hopefully this interesting service now has a stable and successful future ahead of it.

One thought on “Locomore – A German Open-Access Operator”