This is not an announcement of a set-in-stone event, but an update on my intentions and a request for your thoughts please.

After a lot of negotiation behind the scenes (which is why I’ve been quiet lately!), I have in principle arranged a modest haulage event for us in Belgium on Sunday 18th August 2019, arranged to coincide with the “Festival” at the Bocq railway, currently planned to feature 3 class 55s and a class 77.  This would be of a similar format to my event at Saint-Ghislain last year – but would be at Kinkempois Depot (Liège) and would be able to feature GMs 5216 and 5306 and shunter 7384 giving rides in a carriage.  These locomotives are not intended for preservation and it should be considered a ‘farewell’ to all three – in the case of class 53, it may conceivably be your last opportunity to ride behind one. 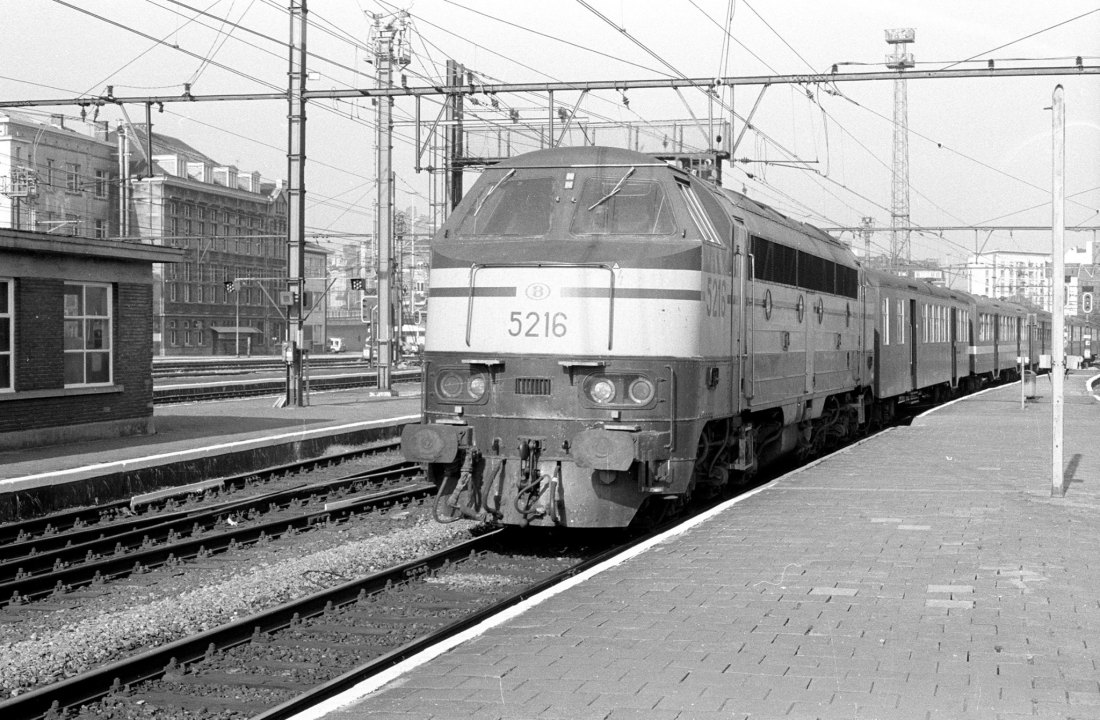 Now the ‘catch’ – these locomotives are stored and will require effort (and money and components) to reactivate for our enjoyment on the day.  The group concerned are prepared to do this for us, but need to know that:- a) these costs will be covered, and b) it will make their effort worthwhile – i.e. make them some money for their projects.  As ever with my events, every penny received will be given immediately to our hosts for railway preservation.  At present, I would intend to charge a flat fee of €50 for the event – not as a reflection of the rarity of the opportunity, so much as a reflection of the costs involved in them presenting it to us.  I realise that this is a larger sum of money than I charged last year, for a smaller total number of locos, but I feel that especially when considered in conjunction with the cheap rovers at the Bocq, still represents a good value weekend.  If more people than I expect commit to attending, that price would be brought down.  At last year’s event, I was able to offer an ‘opt-out’ fare if you did not wish to travel behind a certain loco, and I am certainly amenable to such arrangements under usual circumstances, but due to the nature of this event this will not be possible here I am afraid.

Please could you let me know ASAP if you would attend this event, if I was to arrange it.

My intention would be for an early start at Kinkempois on the Sunday (accessible by train from Namur, and Brussels if you’re up with the lark!).  This would mean a finish by ‘lunchtime’.  It is possible that I would then be able to arrange a follow-on event in the afternoon at the Stoomtrein Dendermonde-Puurs with (some of) their diesels, which would be accessible by public transport, but the Infrabel track certification planned for the end of April did not happen and I am still in the process of understanding just what would or would not be possible for us.

Transport to Kinkempois would be under your own steam, but there is a public bus service and I would intend to attempt to co-ordinate your arrivals from Ougree or Guillemins (either side of the depot) in order to ensure loads are evenly split between buses and nobody gets left behind.

I apologise for the short notice (as you can imagine, it has taken a lot of work to get to this point) and hope that my track record in delivering three highly successful rare traction haulage events shows you that I am certainly serious with this.  The staff who would host us on the Sunday are also prepared to give up their day attending/working at the Bocq “Festival”, so that demonstrates faith in us too.  Please let me just reiterate that this is not a confirmed event, but hopefully your replies will allow me to make the necessary final steps forward to make it one.  Depending on how quickly the replies flood in, I hope to be able to say if it’s a runner or not by the end of the week and will contact you one way or the other.